Back to all posts

Space For All Seasons: A Multi-Purpose Acreage Shop 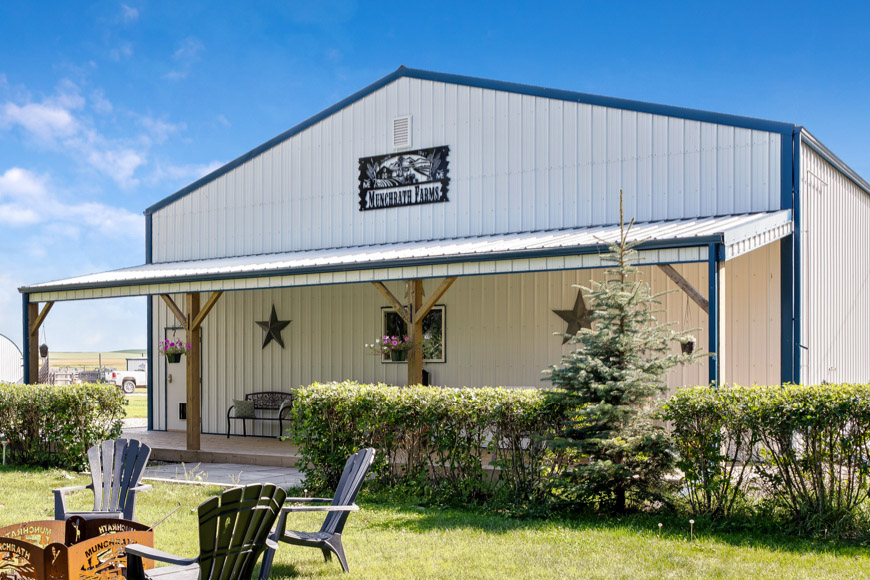 Most people who choose to live on an acreage would tell you they love wide open spaces. For one acreage family, space inside their home was in short supply. Sports and hobby equipment had overflowed into the garage.

That meant Brad’s vehicles were sitting outside, exposed to the elements, and he lacked space for his collision repair business.

Brad’s first thought was to build an addition to the garage. When that addition was priced out, the cost didn’t justify the space that would be created. He knew there had to be a better solution, and that’s when he contacted Remuda.

After exploring his options with Remuda’s design team, they showed him how he could afford a new building that would be five times the size of his planned garage expansion.

Not only would there be space to store the family’s belongings, there was now an opportunity to gain purpose-built space for everything else the family wanted to do.

The new “shop” would have designated space for all of the family’s vehicles, and clutter-free storage of their sports equipment. Brad’s collision repair business was accommodated, with ample space and amenities to work on his customer’s vehicles.

The entire building would be heated, so it would be comfortable year-round. Thinking ahead to milder weather, Brad requested an outdoor mezzanine that would give his family and friends space to entertain during the warmer months.

The building design was handed off to Remuda’s engineering team, who figured out how to build it efficiently, structurally sound, and on budget. Soon after, the construction broke ground, and the building was completed just 14 days later. 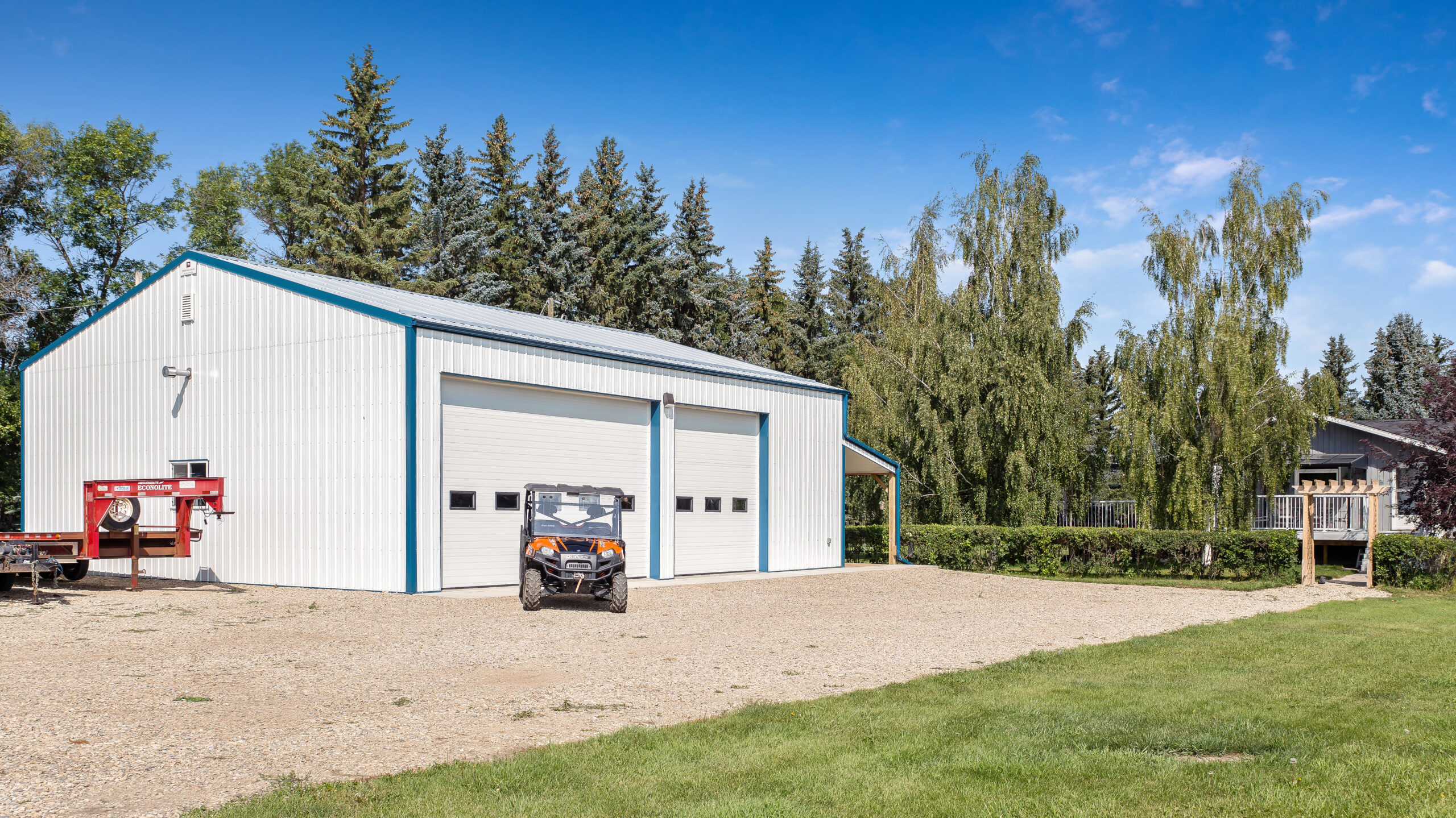 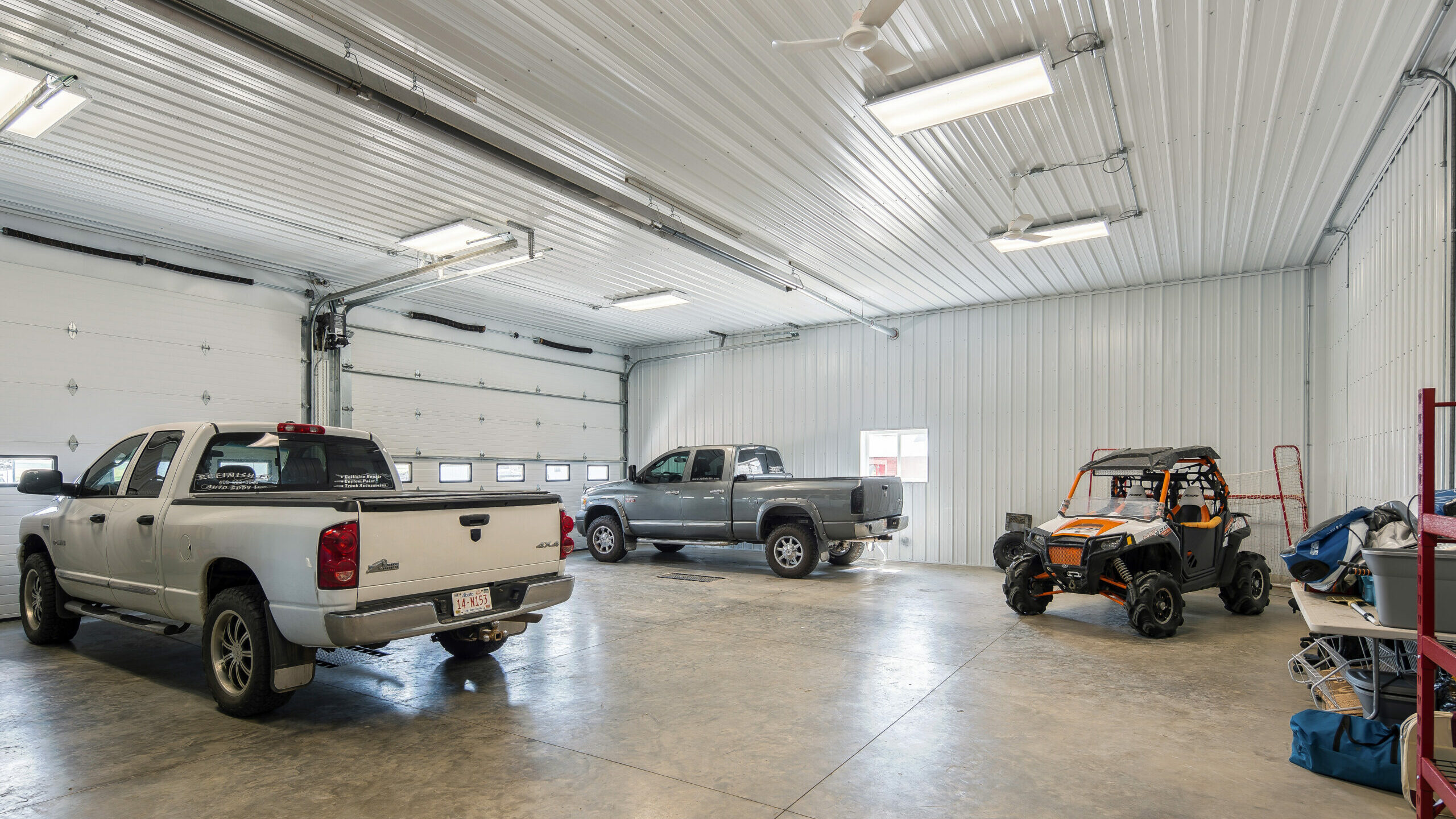 “Remuda was very friendly. They’re very accommodating. We’ve got a nice finished yard here. I didn’t want skid steers and equipment turning and ripping up our yard and Remuda was very conscious of that. They were in and out in two weeks — which is unheard of — and when they left, you could hardly even tell they were here. There was hardly a footprint in the yard.”

With their new building in place, Brad’s family had gained more than just an acreage shop or extra storage space.

They had made their home more livable by decluttering it. They had added years to the life of their vehicles by parking them inside. They’d gained the luxury of having a massive indoor space where they can enjoy hobbies. Plus, they had gained peace of mind from knowing that if their needs or plans changed anytime in the future, their Remuda building had room to spare — where every family member could explore new hobbies, interests, and business opportunities.

Whatever building you want on your acreage, we can design and build them. Contact Remuda to discuss your plans, your budget, and the possibilities.

Back to all posts

It all starts here
X